Nearly every dog owner will swear that their dog can smile and it’s hard to disagree! The internet is full of pictures of “smiling” dogs, each one looking blissfully happy. But are dogs actually capable of smiling?

Are Dogs Actually Able To Smile?

Are dogs able to smile the same way and for the same reasons that humans do? Or are dog owners simply anthropomorphizing and attributing human aspects to their favorite pets? The answer is complicated. To understand the answer better, we first need to examine the human smile.

Smiles are the most universally recognized social signal. Although cultural norms do influence when and how often people smile, studies have shown that in countries with large immigration rates, where citizens may not be able to communicate verbally, a smile is a universal way to express friendliness and trustworthiness.

It’s true that when the average person thinks of a smile, they typically associate that facial movement as a show of happiness, joy, or even friendliness. But smiles are much more complicated than that.

Historians, psychologists, and behavioral scientists have long tried to determine when humans began to smile, however, that answer remains a mystery. So what does the human smile have to do with dogs? 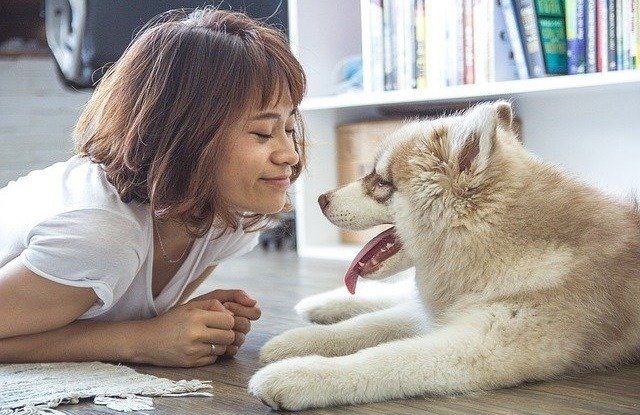 There have been numerous studies that show that dogs not only mimic both their owner’s emotions and behaviors but also understand them.

In Austria, at the University of Vienna, researchers found that both humans and dogs were capable of influencing each other’s coping mechanisms. When an owner is anxious or stressed, their dog mirrors that emotion. Similarly, dogs that are calm and relaxed can help an owner feel relaxed as well.

In Italy, evolutionary biologists at the University of Pisa discovered that dogs are capable of a behavior known as rapid mimicry. Rapid mimicry has long been studied in humans and is considered a type of empathy. You’ve likely experienced this phenomenon – for example, have you ever found yourself smiling in response to someone else’s smile? This immediate mirroring of another person’s facial expressions is a way to create social bonds and dogs do it too!

Additionally, researchers at the University of Portsmouth’s Dog Cognition Centre have discovered that dogs use more facial expressions when they know that a human is watching, suggesting that they understand that humans use facial expressions to communicate and would like to reciprocate.

It’s pretty clear that dogs understand that a human smiling at them is a good thing and that they have learned to mimic our emotions. But are dogs physically capable of smiling? 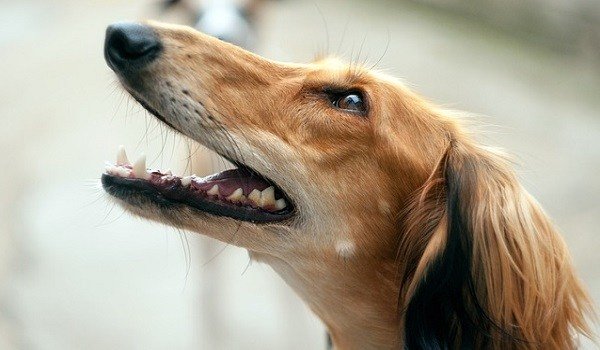 Have you ever heard the expression “smiling with the eyes”? Most people would agree that for a smile to express true joy, the smile must “reach” the eyes too.

Fascinatingly, dogs appear to have evolved over time, developing a muscle that gives them the ability to raise the inner eyebrow. The purpose of this muscle? To be able to create more expressive, human-like expressions. Researchers believe this created an unconscious bias in the humans looking after ancient dogs, causing them to be more protective of their beloved pooches.

In comparison, the wild ancestors of dogs, wolves, cannot raise their inner eyebrow.

Ultimately, dogs do not have the same physical ability to smile as humans do. However, a happy dog will relax their jaw, pull back their lips, and let their tongue hang out. When you combine this with the ability to be more expressive with the eyes, it’s difficult to deny that dogs can certainly do their best to mimic a human smile! It’s this doggy grin that indicates too many an owner that their pet is feeling happy and relaxed.

How Else Do Dogs Express Happiness?

New pet owners might be wondering how they can tell if their dog is feeling happy. In addition to that giant goofy grin that so many displays when they are around a person they love, the following are typically good indicators that your dog is in a good mood:

Just like humans, every dog is different and over time, you will learn how your dog communicates happiness! 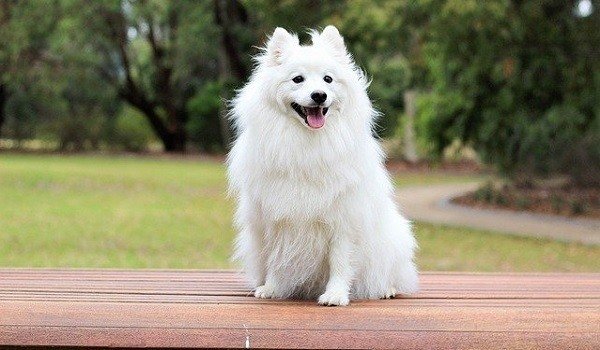 Ways To Increase Your Dogs Happiness

The following are ideas that may help to increase your dog’s overall happiness. These ideas may also help to strengthen your bond!

By finding activities, toys, and forms of exercise that your dog will love, you’ll increase your chances of seeing that beautiful doggy smile that no one can resist!