Are you curious to learn whether dogs have belly buttons? If so, you’re certainly not alone, because it’s an interesting question that many dog owners may ponder at some point.

In this guide, we’re going to show you some fascinating facts regarding dogs and their belly buttons, so let’s get started.

Do Dogs Really Have Belly Buttons?

First of all, the answer to the question is yes – dogs do, indeed, have belly buttons.

As a placental mammal, puppies do have umbilical cords when they’re growing inside the womb, and just as with humans, the umbilical cord is essential for allowing oxygen, nutrients, and waste products to flow to where they need to.

The mother will break off the umbilical cord after birth by biting it, and the belly button eventually forms at the same location.

In general, the belly button looks like a simple, flat scar rather than the round hole that you’re used to seeing on yourself. Because of how subtle the scar can be, it’s an easy thing to miss unless you’re specifically looking for it.

To make matters more difficult, your dog’s belly button may be covered by hair, which makes it harder to find. But if you search on your dog’s body for long enough, you should be able to see the scar.

The belly button may also be very small and subtle, particularly if you’re looking for it on a puppy. Of course, the umbilical cord on a puppy is also much smaller than a human baby, so the scar is smaller too. 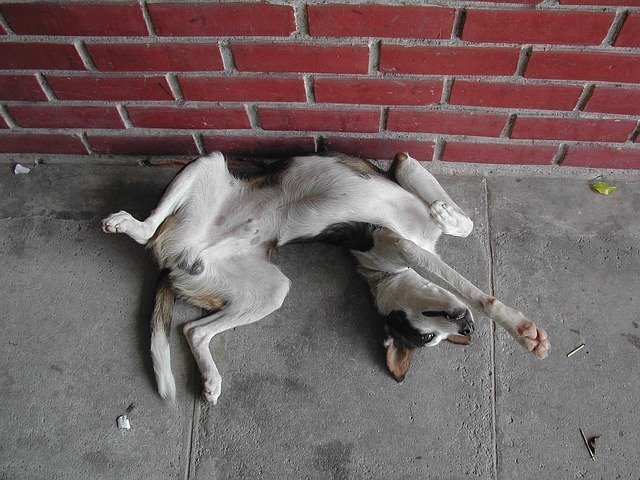 How Can I Find My Dog’s Belly Button?

The best place to look will be on your dog’s stomach, somewhere around the end of the rib cage. Of course, it can be quite a tricky find where it’s located, as they aren’t as prominent as they are for humans. Instead, it’s more of a small scar.

Furthermore, they’ll often be some hair covering the scar, perhaps in a swirling pattern, but it can vary from dog to dog. In fact, it can take some time and effort to find the belly button on your dog, which is why it’s usually something that most dog owners miss or never really think about.

What If My Dog’s Belly Button Is Swollen?

If your dog’s belly button is swollen or protruding, then it’s likely they’re suffering from an umbilical hernia, which will be hard to miss. It’ll be important to take your dog to a vet to get them checked out and diagnosed properly if you suspect they have this issue.