Do you want a dog that’s unusually large?

Over thousands of years, humans bred dogs for certain characteristics… one of which is size.

In this guide, we’ll take a closer look at some of the biggest dog breeds on the planet!

So, let’s get started.

What Are The Largest Dog Breeds? 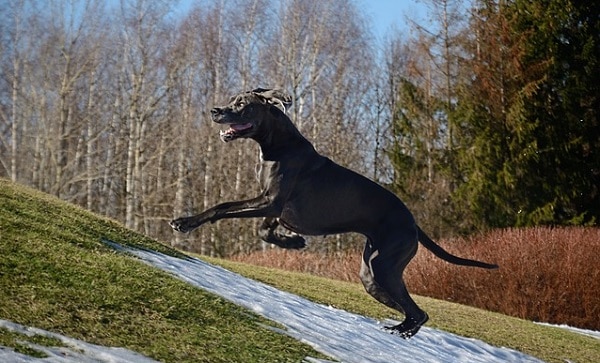 Despite their name and a common misconception that this breed is associated with Denmark, the Great Dane actually originated in Germany.

In the 1500s, nobles combined a number of breeds to create large, long-legged dogs for boar hunting. Over the centuries, this breed was called the German Dogge, German Mastiff, and German boarhound before finally being named the Great Dane.

Today Great Danes are known for being one of the tallest breeds in the world! The largest ever recorded was a male named Zeus who was an impressive 111.8 cm from paw to shoulder!

Despite their impressive size which can be quite intimidating, most Great Danes are incredibly sweet and are under the impression that their role in life is to be a lap dog. 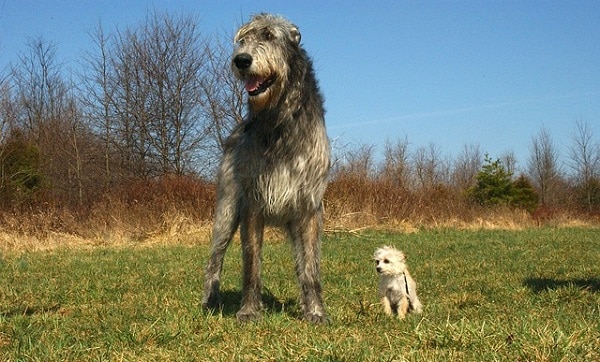 The majestic Irish Wolfhound is a very old breed.

In fact, ancient records noted that a Roman Counsel, Quintus Aurelius Symmachus, was given a gift of seven of the breed in 391! Historically, these sighthounds were used to hunt wolves and the breed was popular, often given as gifts among the nobles of Europe.

In the 1700s the last wolf was killed in Ireland and without a task, the breed nearly went extinct.

It was a British Captain, George Augustus Graham, who made it his mission to find as many remaining specimens as possible in the 1800s. He helped revive the breed and create the official breed standard.

In current times, the Irish Wolfhound is known for being loyal and easygoing. Although their independent nature means that they don’t typically make great watchdogs, they’re fiercely protective of their family members and quick to defend. 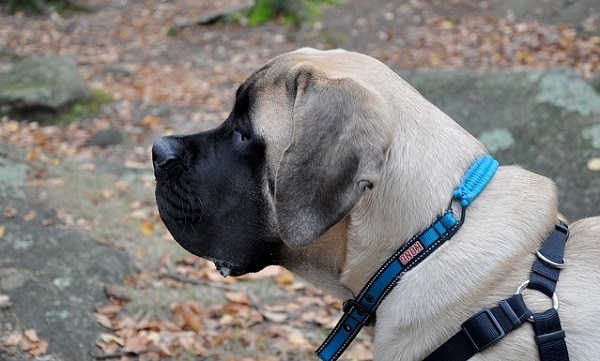 The English Mastiff is another ancient breed.

In 55 B.C. Julius Ceaser was impressed by the huge dogs who defended the island against his Roman troops. He brought several of the dogs back to Rome where he used them to fight in gladiator battles and against wild animals.

Mastiffs continued to be used as hunting dogs, guard dogs, and war dogs in medieval England, surviving many wars and changes over the centuries. The breed spread all over the world due to British colonialism.

Following World War II it was determined that there were only about 14 Mastiffs left in all of England and so stock, descended from English dogs, was brought in from other countries to help reestablish the breed.

Mastiffs are very tall but unlike other tall breeds, they are also very stocky and broad.

A Mastiff named Aicama Zorba made it into the Guinness Book Of World Records for once being the heaviest dog ever (343 pounds at the time) and for being the longest dog ever recorded, an impressive 251 cm from his nose to the tip of his tail!

Although he has since been displaced from his record-holding spot for being the heaviest dog ever, that is still one massive dog!

Mastiffs are a docile breed but very powerful and they make excellent guard dogs. 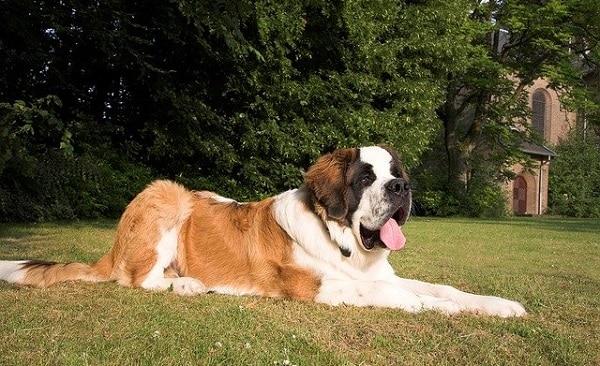 St. Bernards were bred by monks who worked in a hospice that was established in 1050 in the Alps. The monks wanted these dogs to be powerful enough to break through snow caused by avalanches to rescue travelers.

The result of their breeding is the St. Bernard, a massive, muscled, and thick-coated dog that is known for being a gentle giant.

A fine example of the breed named Benedictine is the dog who displaced Aicama Zobra from his throne as the world’s heaviest dog, at a whopping 357 pounds!

St. Bernards are known for being very calm and for being great with children.

One word of warning – anyone who adopts a St. Bernard had better be prepared to fight a constant battle against drool! 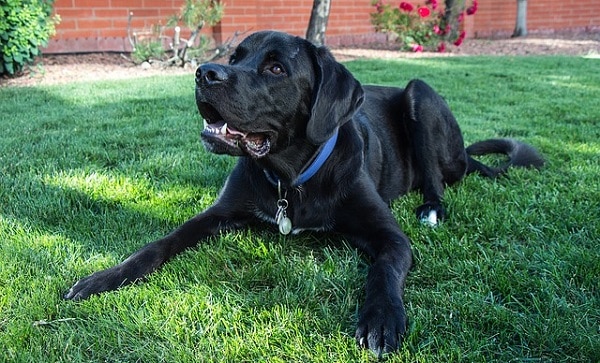 This large working breed was created by fishermen in Newfoundland to pull carts and fishnets.

Despite their large size these dogs are powerful swimmers and are at home in the water. There are countless stories of fishermen rescued by their canine companions.

A Newfoundland named Seaman was part of the famous Lewis and Clark expedition and was even noted for saving lives by defending their camp from a buffalo that attacked!

Newfoundlands are notoriously sweet and wonderful with children.

The Boerboel was bred in South Africa and is a working dog used to protect farms from wild animals, including lions and baboons.

These intimidating and thick dogs are some of the most powerful in the world and should not be underestimated.

These dogs do require quite a bit of exercise and thrive in an environment with strict training. Socialization should be started early.

Boerboels are fiercely devoted to their family and are very intelligent! Be prepared to keep your dog’s mind occupied if you adopt a Boerboel!

Things To Consider When Adopting A Large Dog Breed

It’s important to always learn as much as possible about any dog breed before adopting, however, there are a few special things to consider when it comes to large dog breeds.

The Larger The Dog The Shorter The Life

It’s sad but a fact that potential dog owners should ponder prior to adoption.

The Larger The Dog The More Expensive The Medical Care

There are thousands of medications that can be prescribed for a dog when they are ill and each time, the dosage is based on the dog’s weight. This means that the heavier the dog, the more medication it will need.

It might be wise to research pet insurance options or to dedicate a certain amount of your income to save for any possible care your dog might need.

Large dogs come with large appetites! Be prepared to spend quite a bit of money on food for your giant canine companion. If your dog ever requires a specialized diet for medical reasons, this could become quite costly.

You May Need Assistance In An Emergency

There are very few people who can lift 150-300 pounds at a time. If your dog becomes ill and you need to rush them to the veterinarian, it’s important to think about how you will get them into your car if no one is around to help you lift them.

These are all serious factors that should be considered if you are thinking about bringing a large dog into your life.

Many large dog breeds can be found in rescues all over the world.

These dogs end up homeless through no fault of their own, adopted by individuals who find themselves unable to provide the care required by a gentle giant.

If you have room in your home, consider contacting your local rescue to learn more about available dogs! 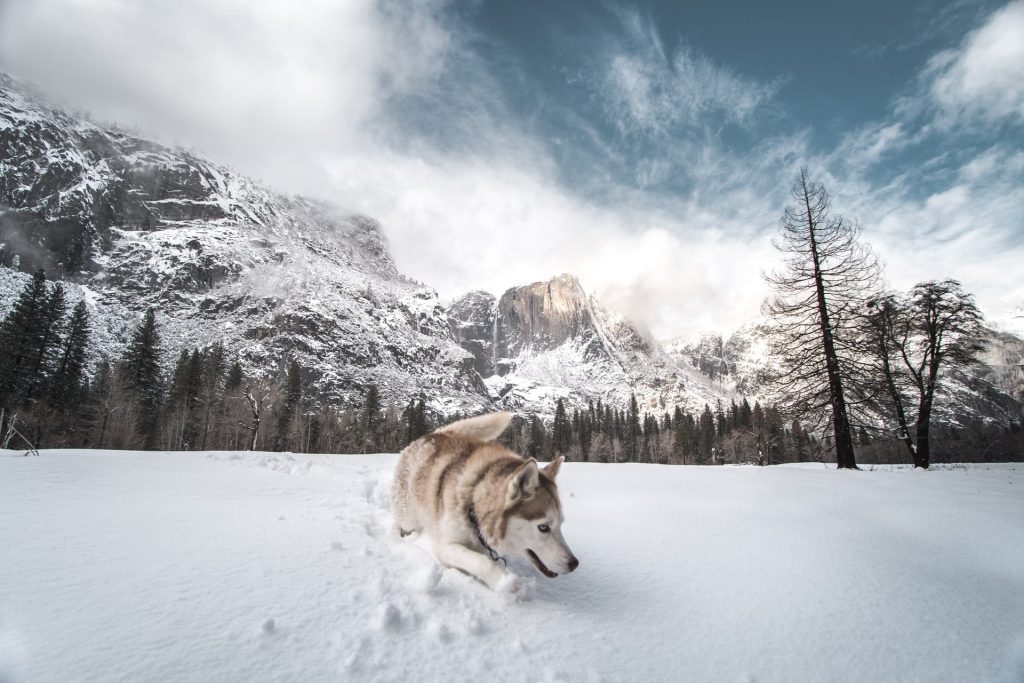 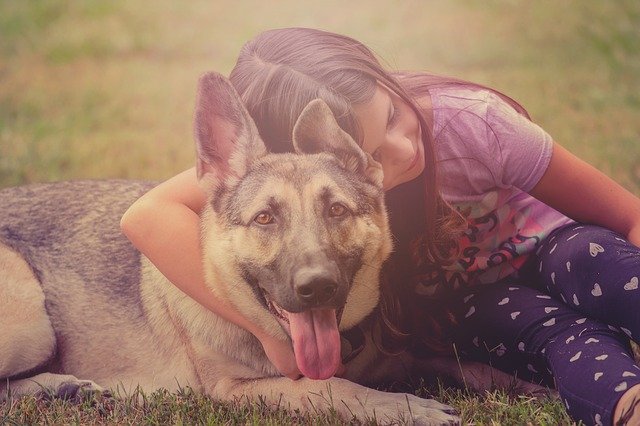