Thanks to great advances made in medicine over the last several centuries, humans now have thousands of medications and supplements to treat a wide variety of medical disorders. Many of these substances can also be used to treat dogs!

One supplement that can be given to both humans and dogs is melatonin.

Melatonin is actually a type of hormone. This hormone is naturally produced in the brain by the pineal gland. The amount of melatonin that’s produced by this gland is regulated by the amount of light a person (or dog) is exposed to. The level of melatonin in the body decreases when the sun goes up and increases when it’s dark.

Melatonin is supposed to help regulate the circadian rhythm which tells the body when to sleep and when to wake up. It also regulates reproductive hormones.

Why Should I Consider Giving My Dog Melatonin?

Melatonin has been shown to help several disorders in dogs.

Many dogs suffer from anxiety that can be caused by:

Melatonin can help dogs with anxiety by acting as a mild sedative and calming them.

Canine Cognitive Dysfunction causes dogs to show symptoms that are similar to dementia or Alzheimer’s in humans. It causes changes to the brain that can impact memory and motor function.

Symptoms of this disorder can include:

Changes in diet, physical therapy, changes to the living space, and certain medications can help to treat this disorder. Melatonin can also help to alleviate the anxiety and restlessness that the dog is experiencing.

Immune-Mediated Thrombocytopenia (IMTP or just ITP) is an autoimmune disorder. This disease causes the body to attack and destroy platelets in the bloodstream.

Platelets are needed to form clots and without them, spontaneous bleeding can occur, putting a dog’s life at risk. Symptoms of IMTP include:

Without immediate medical intervention, anemia can occur. Dogs with severe anemia may require a blood transfusion in addition to medications to treat the IMTP.

Although very little research has been performed, many dogs with IMTP have responded favorably to melatonin use. Veterinary specialists believe that melatonin helps to stimulate platelet generation. This is given in conjunction with other medications such as prednisone. 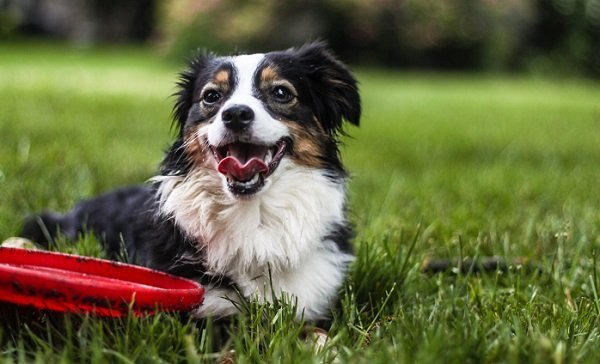 Hyperadrenocorticism, more commonly known as Cushing’s Disease, occurs when a dog’s body produces too much cortisol. Symptoms include:

Unless your dog is specifically a hairless breed, they should have a lush and full coat. However, certain conditions can cause alopecia. In addition to alopecia caused by endocrine disorders like Cushing’s disease, dogs can get a condition known as “alopecia X”. There is not yet a known underlying cause for this disorder.

Thankfully this condition is cosmetic only but it can result in your pet looking quite ragged through no fault of their own (or yours)!

Melatonin is one supplement that many pet owners have reported help their dog to regrow their coat over time. Melatonin has also been shown to help pets who have alopecia secondary to shaving, also known as clipper alopecia.

Does Melatonin Have Side Effects?

Side effects in dogs who are given melatonin are rare but include:

It’s always important to consult with your veterinarian before starting a melatonin regime as this supplement could interact with any medications that your dog is already taking.

How Much Melatonin Is Safe?

Melatonin dosages depend on your dog’s weight. It’s best to consult your veterinarian so that they can determine the correct dosage for you.

Technically yes, the melatonin that many humans are able to obtain over the counter is safe to give to dogs if the dosage is appropriate. However, it’s VERY important to read the label prior to sharing. Many human melatonin supplements are flavored or sweetened to make it palatable. One common sweetener is xylitol.

Xylitol is extremely toxic to dogs. Dogs that consume this sweetener will show the following symptoms:

Although it doesn’t have the same effect in humans when xylitol is absorbed into the bloodstream of a dog, it stimulates a potent release of insulin from the pancreas and as a result, causes hypoglycemia in dogs. When left untreated, hypoglycemia is fatal.

Depending on the amount ingested, xylitol can also cause liver failure in dogs.

What Should I Do If My Dog Took Melatonin Containing Xylitol?

If your beloved canine companion has shared melatonin that contains xylitol, contact your veterinarian immediately. If your regular veterinarian cannot be reached, call poison control. You’ll need to share the dosage on the supplement bottle, how much your dog weighs, how many pills were ingested, and the approximate time that the pills were eaten.

While you might be urged to try and induce vomiting at home, you’ll likely have to rush your furry friend to the emergency room for medical treatment.

Containing natural melatonin, these flavored soft chews come in a 2 mg per chew dosage. Your pet will love the taste so much that you might lose a finger in the process!

This pet melatonin comes in liquid form, dispensed via a dropper. Just one dropper contains 3 mg of melatonin. Sprinkle this over your pet’s food for easy intake!

If you are treating your dog for anxiety, this supplement might be the right choice for you. Containing melatonin, this tasty chew also includes tryptophan, ginger, thiamine, and chamomile.

Is your dog a peanut butter fiend? Then they will love these chewable tablets which contain 3 mg of melatonin each! If peanut butter isn’t a favorite flavor, this company also makes the same product in beef!

Some dogs don’t just take pills well and prefer a liquid delivery system. If that’s the case, this liquid melatonin is a great option. Just half of a dropper delivers 3 mg of melatonin to ensure that your pet feels calmer.

This 3 mg chew also contains probiotics to help the GI tract absorb the melatonin faster! The company recommends 1 tablet once a day for pets under 30 pounds and two tablets daily for pets over 30 pounds.

Another tasty treat to give your pup, this melatonin supplement also includes herbal supplements.

Hopefully, melatonin will help you and your dog manage any medical challenges they are facing!