If you’ve recently heard about “The Pet Corrector Spray” and you’re curious to learn what all the fuss is about, then you’ve come to the right place.

In this guide, we’re going to dive into the many questions people have about this spray, including what it really is, how it works, whether it’s useful, and a whole lot more.

By the time you’ve finished reading, you should have a much better understanding of this product and whether it’s something you’d like to try, so let’s get straight into it.

What Is The Pet Corrector Spray?

First of all, the Pet Corrector Spray is a product made by The Company Of Animals, a UK-based company founded by a world-renowned animal psychologist, Dr. Roger Mugford. The company is home to a range of interesting pet-related inventions, with The Pet Corrector Spray being one of the most popular.

How Does It Work?

The Pet Corrector works simply by releasing a hissing noise that most dogs will quickly react and pay attention to, perhaps because it sounds similar to the natural warning sounds that many animals make, such as cats, snakes, and more.

In general, you’ll find that most dogs will quickly perk up and pay attention to the noise, making it an effective way to distract your dog from whatever they were previously doing. It’s worth noting that it’s possible to make a range of different noises with the device, depending on how you use it.

The gas it releases is HFC 134a, which is safe overall, although you shouldn’t be using it too close to your dog anyway. The noise can be heard in various YouTube videos such as the one below.

What Can It Be Used For?

Just as you’d expect, it’s possible to use the Pet Corrector Spray to interrupt a wide range of unwanted behaviors, so it can be useful in many different training scenarios along behavior redirection. For example, you can use it to stop your dog from barking, chasing, stealing food, jumping up at people, and more. It can also be used to interrupt any other unwanted behavior, and many other animals will react to it as well, so it’s not just dogs who it may have an effect on.

Using the Pet Corrector is very simple and intuitive, so all you’ll need to do is press the button at the top and let the sound come out. There are a few usage best practices, but these are clear, simple, and explained in the documentation for the product.

Additionally, it’s possible to use the spray for a range of other training purposes, although it may not always be necessary for this purpose when simple positive reinforcement techniques would work just as well by themselves. But for some dogs, having this spray to get their attention can work wonders.

The simple process for training your dog with the Pet Corrector is to use the device to get your dog’s attention (and interrupt the undesired behavior), then give your dog a verbal command such as Quiet (if the unwanted behavior was barking), then provide them with an immediate reward to further reinforce the command. 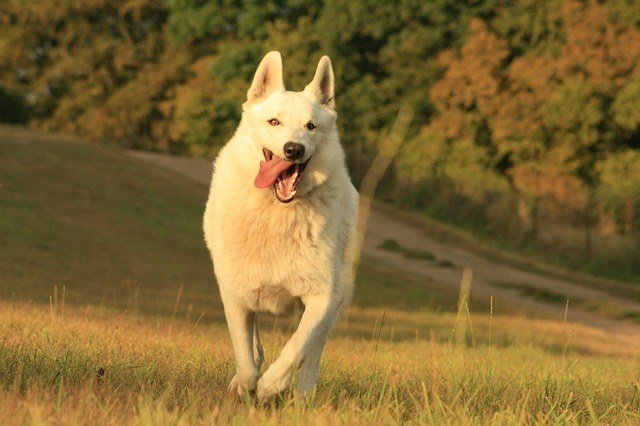 If your goal is to grab your dog’s attention and distract them from what they were previously doing, then there’s no denying that the product genuinely works as advertised.

While any number of different noises can be used to attract your dog’s attention, this particular option is very effective indeed, and due to the unique hissing sound that approximates a natural ‘warning sound’, you’ll find that most dogs will respond to it even if they have a habit of generally ignoring you otherwise!

But of course, the long-term results you have with behavior correction will depend on how you use the spray, and what the follow up training is like after using it. But if you follow the recommended training processes, you should be able to achieve some great results.

Additionally, the product comes with some further training advice that will help you to get the most out of the device.

Should I Use It?

While some people are naturally skeptical about using any aversion-based methods, it’s safe to say that this spray doesn’t harm your dog in any way, and if you’re struggling to get results with your previous training approach, then this can be a helpful way to prevent the unwanted behavior from your dog – especially if the problem is becoming very difficult to deal with or making you think about giving up on your dog entirely.

Ultimately, it’s far more humane than many alternatives, although it’s often best to try purely positive techniques at first, rather than running the risk of frightening your dog, particularly if they’re already nervous around you. In fact, it may be better to avoid using the device entirely if you have an anxious dog, and it shouldn’t be used with puppies, either.

It goes without saying that you shouldn’t use this spray in a reckless way, or too close to your dog’s face, or in a way to ‘punish’ your dog. However, if you follow the instructions and use it in a sensible way, then you should find the spray to be a useful tool in your dog training kit. 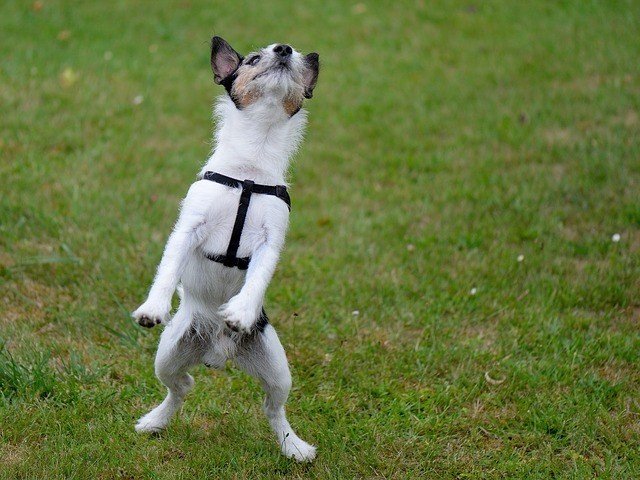 What Are People Saying?

The general feedback is largely positive for the product, and it scores positive reviews from most dog owners who’ve tried it.

Most buyers find that the spray works as advertised, and it garners a quick reaction from any dog. Some dogs can be a little scared by it, which is worth bearing in mind if you have a nervous dog. However, if you follow the instructions and use it sparingly to redirect unwanted behavior, you won’t have to use it very often at all.

Of course, there are the occasional dogs who just have no reaction to the spray, but these unperturbed pooches seem to be in the minority, and you won’t really know for sure unless you give it a try.