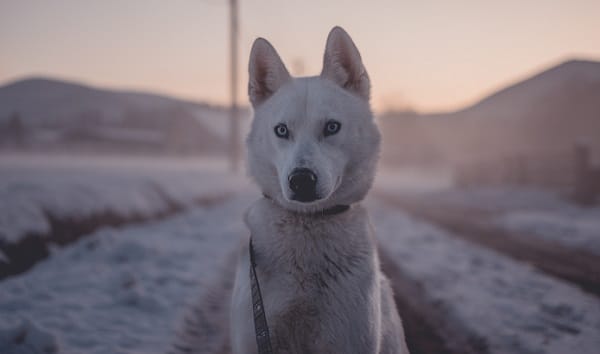 In the past several decade, many new “designer dogs” have become quite popular.

One of these breeds is the “Hug“… a mix between a Pug and Husky.

To put it bluntly, a “designer” dog breed isn’t actually a dog breed at all.

The fad started in the 1980s when a man named Wally Conron bred a Labrador to a Standard Poodle.

He did this because he wanted a large dog that wouldn’t trigger his allergies.

Although he hasn’t ever stated why he didn’t simply adopt a Poodle… the decision was made and the first intentional Labradoodles were created.

To be clear, there is no such thing as a hypoallergenic dog, even a Poodle.

That being said, certain breeds do cause less of a reaction, the Poodle usually being in this category.

The puppies from this first litter were so cute that dog lovers went crazy over them and others began to intentionally breed the mix. Mr. Conron has since stated that he regrets his decision and that this first litter ultimately did more damage than good.

“Instead of breeding out the problems, they’re breeding them in,” Conron shared in an interview. “For every perfect one, you’re going to find a lot of crazy ones.”

But, with a cute face and a cute name, it wasn’t long before Labradoodles were popular all over the world. Then, other designer breed ideas were spawned.

The Goldendoodle, Jug, and Chiweenie are just a few examples.

None of these designer dogs were created for any specific purpose other than to be cute and have a cute name.

One of the more recent designer breeds to become popular is the “Hug”… a mix created with a Pug and a Husky.

Facts About The Pug/Husky Mix

In order to understand what to expect if you bring home a pug/husky mix… you first have to understand the two breeds that it has been bred from. 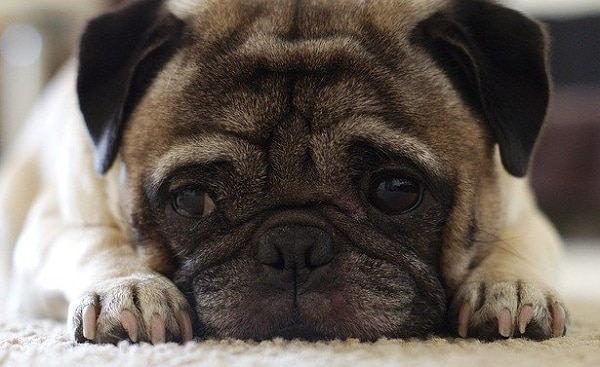 The breed is known for being playful, affectionate, and cheerful.

They were bred as companions to the ruling families in China and were highly treasured. In fact, they were guarded by soldiers when not with their emperor owners.

Over time, Pugs spread throughout Asia and were finally introduced in Europe. History says that the Pug became the official dog of the House Of Orange after the pet of the Prince of Orange saved his life by alerting him to would-be assassins.

Over time, Pugs have been bred to be smaller and stockier, with shorter legs and flatter snouts. 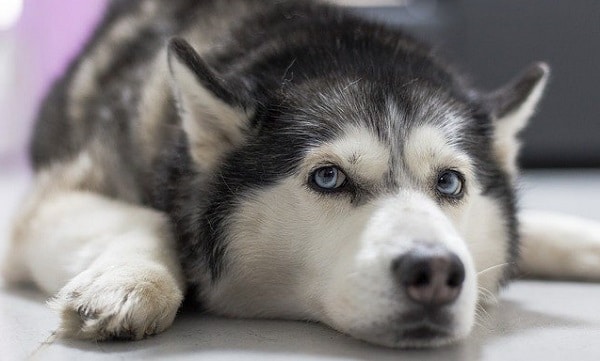 The Siberian Husky was first bred by the Chukchi people in northeastern Asia.

The breed was created to be companions and to work as sled dogs.

These dogs were so cherished they were allowed to sleep in the family home at night… (an unusual occurrence prior to modern times.)

It wasn’t until 1909 that the Siberian Husky was brought to the United States, to compete in a sled dog race in Alaska.

From then on, the breed became a favorite among mushers.

The Siberian Husky is energetic, intelligent, and friendly. There’s a lot of power and endurance packed into the medium-sized body of this hard-working dog breed.

Things To Consider Before Getting A Pug/Husky Mix

When purchasing a purebred dog, owners generally know what to expect. Even though individual dogs can have very different personalities, it’s normal to anticipate a certain energy level or behavior. But when two very different breeds are mixed, it’s a total gamechanger.

Here are things to consider before bringing a pug/husky mix into your life:

Size Could Be An Issue

If you’re seeking a small dog then you shouldn’t consider a pug/husky mix.

Genetics are random and while a puppy might end up being pug sized, maxing out at 18 pounds, it could just as easily end up weighing up to 60 pounds!

You’ll Need To Groom Your Dog

Huskies are known for having thick double coats and for shedding an extreme amount. Pugs, even with a shorter coat, also shed.

If you’re looking for a dog that doesn’t need to be groomed, don’t consider a Pug/Husky mix!

An apartment likely isn’t the right setting for a Pug/Husky mix.

These pups will need to be regularly exercised and will do best in a home with a yard. Regular walks will be needed and mental stimulation. 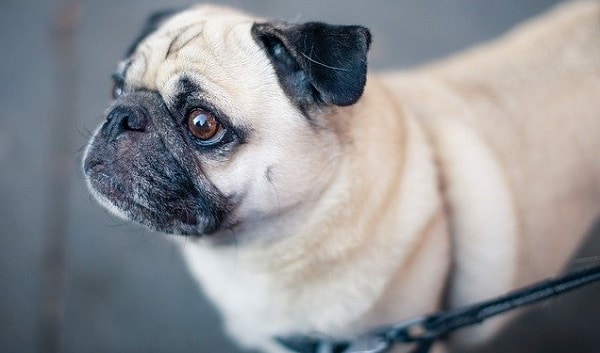 Just because a “Hug” is a mix of two breeds doesn’t mean it’s less likely to have health issues.

Depending on which breed they take after the most, Pug/Husky mixes could be diagnosed with:

When a dog has stenotic nares, it means that their nostrils are narrowed.

This can cause snoring, snorting, and can make it difficult to breathe. Typically, stenotic nares need to be corrected via surgery.

The soft palate is the part of the body that separates the mouth from the throat, protecting the respiratory tract from food.

When the soft palate is too long, it extends past the epiglottis and the tonsillar crypts. Basically, it partially blocks the throat, causing breathing and eating issues.

Elongated soft palates can be fixed through surgery.

Laryngeal collapse occurs when the cartilage in the larynx becomes week and losses rigidity.

When the larynx collapses, dogs have great difficulty breathing. Some cases can be treated with sedation, anti-inflammatory drugs, and oxygen therapy.

However, some dogs require a tracheostomy.

The patella is the kneecap.

The kneecap is supposed to sit in a groove on the femur, sliding up and dog as the leg bends and moves. However, when a dog has a patellar luxation, the kneecap will move out of the groove and move in an unnatural way.

This can be painful and many dogs with a luxation will hop or skip as they move.

Patellar luxations are graded to indicate the severity and may require surgical correction.

Legg-Calvé-Perthes Disease causes the sudden and spontaneous degeneration of the head of the femur. This results in arthritis and the disintegration of the hip joint.

Most dogs are diagnosed with this condition at a very young age, between five and eight months old.

When a dog is with entropion, this means that their eyelid is inverted or folded in.

This causes the eyelashes or fur to rub the eyeball causing irritation and ultimately damaging the eye enough to cause ulceration.

Entropion surgery can correct it.

Food and environmental allergies present in many ways, including vomiting, diarrhea, skin infection, and hair loss.

Dogs with severe allergies should be tested to determine exactly what their allergies are.

Dogs, meaning pugs and pug mixes, that are diagnosed with this disease suffer from an inflammation of the brain that causes seizures and ultimately death.

This disease usually occurs in dogs that are around 2-3 years old.

Juvenile cataracts occur in dogs that are as young as 6 months and as old as 6 years. Cataracts can damage the eyes quickly and should be treated quickly.

Your veterinarian might recommend surgical correction of the lens.

The reality is that all dogs, no matter the breed, come with potential genetic disorders.

It’s important to always understand the medical conditions that your dog might be at risk for prior to adoption.

The real issue with designer breeds is that irresponsible breeders have started making these mixes just to make money.

These breeders will charge exorbitant amounts, often $1200 and $2000 per puppy… And with the increase in popularity also came the increase in the number of designer breeds in shelters.

If you have a certain type of dog in mind, why not check your local rescues first? 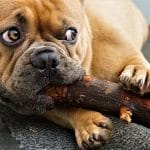 We are a participant in the Amazon Services LLC Associates Program, an affiliate advertising program designed to provide a means for us to earn fees by linking to Amazon.com

While we do our best to give accurate information this website is not intended to replace professional advice from a qualified veterinarian.

Back to Top
Close
We use cookies to ensure we give you the best experience on our website.OkPrivacy policy