Are you struggling to stop your dog from eating dirt or can’t understand why they would choose to engage in this behavior in the first place?

If so, this guide will give you some useful tips and suggestions on what you can do to uncover the reasons behind this behavior, and ultimately show you what can be done to stop it from happening.

While this type of behavior can seem very confusing to us humans, there are actually several reasons behind why a dog may engage in ‘dirt eating’. So with this in mind, let’s take a closer look at the situation and see what can be done.

Firstly, it’s important to realize that dirt eating is usually a symptom of an underlying problem.

This problem could be anything from:

In most cases, a dog that’s eating large amounts of dirt is suffering from a nutritional problem. The medical term for this is ‘pica’, which basically means your dog is craving a ‘non-food item’. This could be due to malnutrition, parasites, diabetes, or even a vitamin deficiency.

If the problem seems to be persistent, then the best thing to do is take your dog to a vet. They should be able to diagnose your dog and find the real cause behind the dirt-eating habit they’ve developed.

If your dog has diabetes or a deficiency, then the vet is the only person who can give you an accurate diagnosis, so this is an essential step to take.

If your vet tells you that it’s definitely not a medical reason, then it may be a simple nutrition deficiency that’s causing the problem.

If this is the case, it’s best to take a look at the ingredients in the food your dog regularly eats.

One of the most important things to look for is the type of meat used. If the label states ‘meat by-products’ without specifically labeling the type of meat, then you need to find something else straight away!

These generic ‘meat by-products’ can contain a range of by-products such as feathers, beaks, skin, and hooves – all of which tend to have nutrition benefit and can even cause digestive problems for some dogs.

Instead, try to find a product which has a named source of meat such as lamb, beef, or chicken on the label, so you know they’re getting a better source of protein with few contaminants.

Additionally, you need to make sure your dog is getting enough iron, calcium, and magnesium. Just like humans, it’s possible that a dog’s diet is not providing the required vitamins, and this can cause various deficiencies and malnutrition.

A side effect of this could mean your dog starts to crave non-food items, like dirt.

Something else to be aware of is that dirt-eating can lead to other problems, such as parasites, which can make the cravings worse.

A variety of intestinal parasites and worms can live in the dirt your dog eats, and these can cause further health problems – so be on the lookout for any unexpected weight loss, shedding, or an increased appetite. If this happens, take your dog to the vet right away.

If your dog only seems to be eating dirt occasionally and without any persistent craving, then your dog may simply be hungry (if your dog is underfed, try feeding them a little extra to see if the cravings stop).

Also, it’s possible for some dogs to eat dirt out of boredom, so see what happens when you introduce a few new and exciting toys for your dog to play with. In some cases, this may be all they need to distract them if boredom is causing the craving. 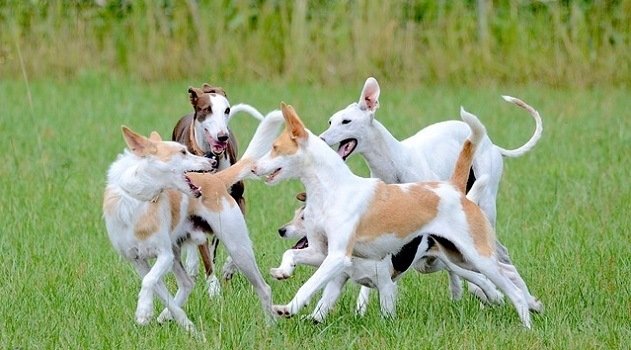