It can happen at any moment… Aaaachoo! All dogs sneeze but many dog owners wonder what has caused their pup to have this compulsive explosion of air.

Why Is My Dog Sneezing?

Sneezing is a natural part of life. The body, whether it be human, canine, or another mammal, produces a sneeze when something irritates the lining of the nasal passages enough to cause the release of certain chemicals, such as histamines. The irritation also triggers nerve endings in the nasal passage.

When the nerve endings inside of the nasal passageway are stimulated enough, a signal is sent to the brain. When the brain receives this signal, it tells the body to sneeze.

The following are various things that could be making your dog sneeze:

Dogs can be allergic to a wide variety of things. Although most dogs present with skin issues caused by allergies, you may find that your best friend sneezes more than normal. A few of the more common canine allergies include:

● Molds;
● Pollens;
● Dust Mites;
● Animal Dander (yes, your dog can be allergic to other animals)!

In order to properly diagnose your dog’s allergies, your veterinarian may recommend allergy testing and treatment with antihistamines and/or steroids. 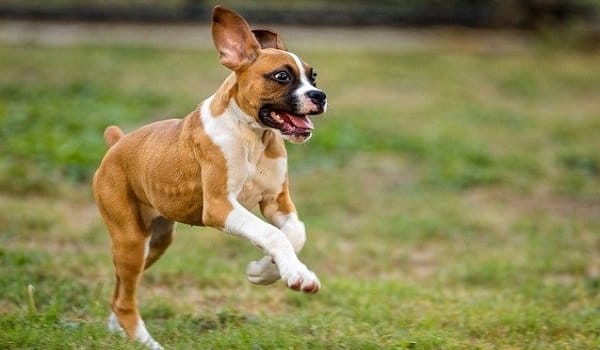 Although it might sound strange, some dogs actually sneeze more while wrestling and playing with other dogs. No one is really sure why this happens but it has been theorized that dogs do this to deescalate the situation and remind other pups that they’re just playing.

These viruses are highly contagious and can be deadly. It’s important to seek medical care if your dog hasn’t been vaccinated and shows signs of extreme lethargy, vomiting, diarrhea, coughing, nasal or oral bleeding, or seizures.

Bacterial infections, like the infection caused by Bordetella bronchiseptica, most commonly known as Bordetella can also cause rhinitis and sinusitis. You can protect your dog by vaccinating them yearly with a bordetella vaccine.

Additionally, allergies can cause rhinitis and sinusitis.

Dogs with either rhinitis or sinusitis may have nasal discharge, excessive sneezing, could snore excessively, and might paw at their face because of the discomfort they are experiencing, pain caused by inflammation.

Fungal infections in the nasal passages in dogs are most commonly caused by the fungus Aspergillus fumigatus. This fungus is most often found in the soil and when a dog sniffs the ground during walks, the spores are inhaled.

Dogs with longer noses do seem to be more susceptible to aspergillosis, however, any dog of any breed and age can be diagnosed with this fungal infection. Since the fungus grows on the top of the nasal lining, oral antibiotics or injections are not effective as a form of treatment. Treatment requires the pet to be placed under general anesthesia and the nasal passages flushed with anti-fungal medications. 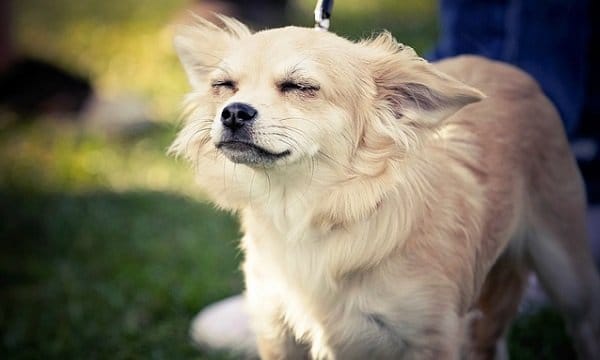 All dog owners know that their pooches love to sniff everything they can get their nose close to! Dogs use their sense of smell to track potential prey, to obtain information on other canines that have dared to come near their territory, and find tasty treats. All of the curious sniffings, however, can result in the inhalation of a foreign body.

Geographic location can have a huge impact on the chances that your dog might suffer from a nasal foreign body. For example, foxtails, a barbed seed that is found in most of the Western United States, can cause serious damage and are frequently found by veterinarians in the nasal passages. The barb on the seed embeds itself in the skin and the seed then creates a “trail” through the tissue.

There have been a few really fascinating foreign bodies found in the nasal passages of canines, including a metallic arrowhead!

Many dog owners are aware that their dog can get mites that could cause a skin infection but few are aware of nasal mites. Pneumonyssoides caninum is a type of mite that thrives in the nasal passages of dogs. These mites can be treated with ivermectin.

Although nasal tumors are rare, accounting for only 1% – 2% of all canine cancers, they do occur. The most frequently diagnosed nasal tumor in canines is nasal adenocarcinoma.

Dogs with nasal tumors will often show an increase in sneezing over time, nasal discharge, bleeding, and discomfort.

Pets, like humans, can suffer from health issues caused by second-hand smoke. If you smoke cigarettes and own a dog, keep in mind that the smoke can cause irritation in your dog’s nasal passages and lungs.

It’s common knowledge that dogs have a better sense of smell than humans do. This is because they possess around 300 million olfactory receptors in their noses. As humans, we only have six million. In addition to this, the section of the brain that processes scent is 40 times larger in dogs than in humans.

Basically, a dog’s sense of smell is between 10,000 and 100,000 times as acute. Some breeds, like Bloodhounds, have more powerful noses than others, however, every dog can out sniff a human.

Imagine you smell something that tickles your nose or makes you cough. Now imagine if you had to smell that same scent magnified 10,000 times! You’d probably sneeze quite a bit as well! 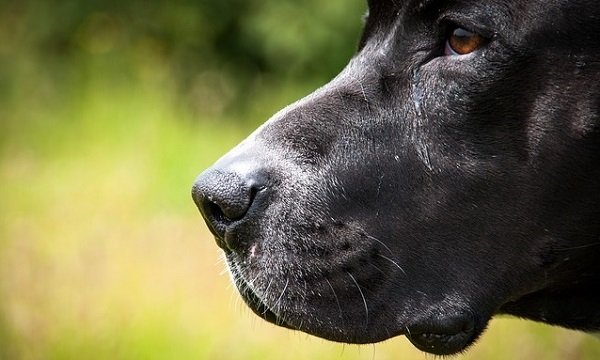 When Should I Be Concerned About My Dog Sneezing?

A few sneezes here or there is nothing to be concerned about. If your dog starts to exhibit other symptoms, like nasal discharge, ocular discharge, bleeding, swelling, lethargy, anorexia, or if they continually paw at their face, you should take them to the veterinarian.

Keep in mind that diseases and mites might be easily spread between dogs. If you own more than one dog or if you regularly let your dog interact with other dogs, you should isolate the dog showing symptoms until a diagnosis has been made.

What Is A Reverse Sneeze?

As strange as it sounds, dogs can and often do have reverse sneezes! Many first time dog owners panic the first time they witness a reverse sneeze because it can look like the dog is choking.

When a dog reverse sneezes, they typically extend their neck and make repeated gasping noises. The reverse sneeze is typically harmless and is simply another way to clear any irritation in the nasal passages.

Here are a few fascinating facts about sneezes:

1. Sneezes can travel up to 100 miles per hour! That’s a pretty powerful force and since dogs don’t often understand personal space, many a dog owner has felt that force on a hand or leg when their dog sneezes unexpectedly and bonks them with their head!

2. The moisture and mucous from a sneeze can travel five to thirty feet away!

3. Sneezing doesn’t occur when a dog (or human) is sleeping!

4. Contrary to the popular myth, the heart does NOT stop during a sneeze!